Just a quick note to say I am okay. I am in Comox, BC today at a campsite near the Ferry. I plan to head over the the mainland of BC and head south to Vancouver then northeast to Whisltle. It has been quite beautiful with no problems. Internet access is harder to find than I thought. I am getting a very weak signal from someone here on the campsite. I think from the manager’s house that I am camped near. I have written a couple other entries with pics but I won’t be able to put them up for a day so. Bad upload speed and I’m on my last gasp of power on the laptop.

I am camping near the water this morning. I’m looking a great sunrise. All is good. I will fill you in more later.

I promise. LOTS OF PICTURES SOON As soon as I get more power and I.A

I made it to Victoria, Canada this morning on the Port Angeles Ferry. I’m at the “Sounds Like Coffee” coffee shop in downtown Victoria. They said they had no Wi-Fi here but I found 5 hot spots sitting out here so I am stealing someones.

As I was parking my bike, a bunch of middle-aged women on a smoke break started whistling at me and my bike while I was parking. I tend to wonder if there was more than tobacco in their cigarettes.

I spent last night camping in the Olympic Natl. Park. I had a quite beautiful campsite with a fire. No I didn’t burn my tent up. Rough night sleeping though. I don’t know if is because of my new pad or something else but it was quite uncomfortable. Usually I am pretty comfortable with my gear while camping. I’m hoping it is a one time thing.

I met another F650GS rider last night named Doug. He came over with a bottle of wine, apologizing for not having any cold beer. It was quite nice of him. We sat and talked bikes and travel for a while and actually got a little tipsy.

This morning I met two more sets of bikers before I got on the ferry. One was from BC, so he gave me some tips on where to go.

It is chilly still and fog hasn’t burned off yet so I don’t know how my ride will be today. I plan to ride to Millbay and Maple Bay about Noon then find a campsite. 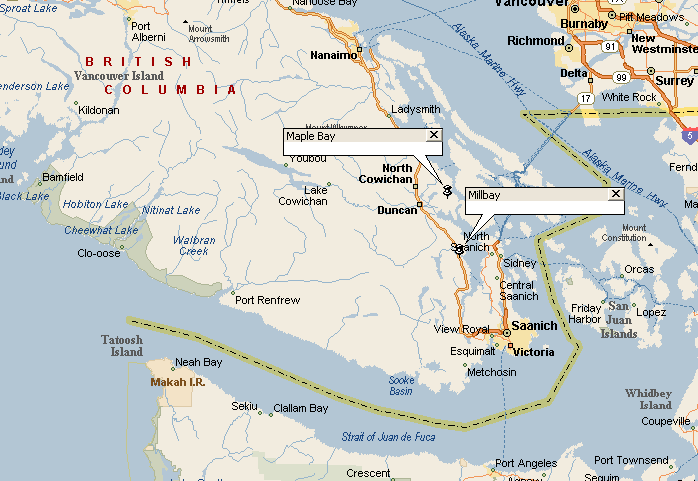 My phone is being turned off because of the OUTRAGEOUS rates that ATT has to call from Canada. Probably for the best.

I haven’t taken many pictures, but once I do, I will post some. North I go!!! 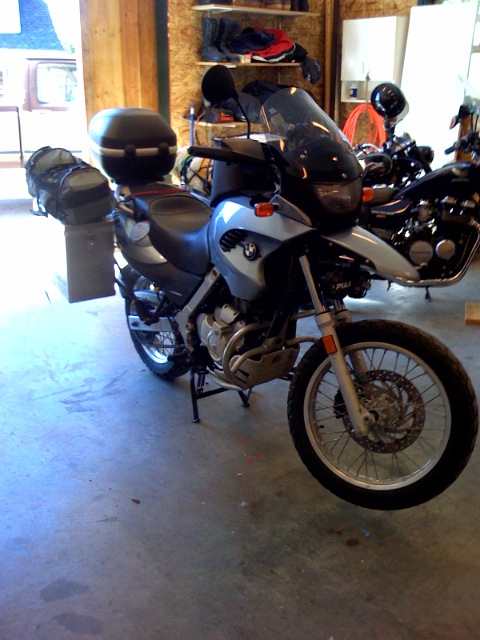 Okay guys…After repacking a couple times, getting good air in the tires and adjusting the chain, I am about to finally get rolling.  I’ve decided to go to the Olympia Natl. Park instead and camp overnight.  I have two charged laptop batteries so I will probably be setting up my “Tent Home Theater” like I did last year.  Not sure what will be playing though.  I will have my phone so shoot me a text or call if you want to chat.  I’m going to leave on the early ferry tomorrow for Vancouver Island.