From Watertown, NY I decided I wanted to start making some miles so I hit the super-slab (interstate) and headed south on I-81 until I reached I-90. From there I rode west to the Canadian border.

I wanted to see Niagara Falls and make it to a Provincial Campsite early along Lake Erie so I could enjoy the water. Lucky me though gets investigated by the Canadian Border Police. Okay…not necessarily investigated but they went through my bags and I got put off by one officer who said I was “nervous”. After about a 45 minute delay, the border police realized that I had no drugs and I wasn’t hiding a terrorist in my gas tank, so they let me pass. They ask me lots of the same questions and took down some information so I thought for sure I was going to get the same experience heading back into the U.S. Luckily that didn’t happen.

Anyway after I crossed the border, I made my way to Niagara Falls. I’m told the Canadian side is much prettier than the U.S. side. I parked my motorcycle for $8 in a $20 parking lot. One advantage of riding a motorcycle is that we usually don’t get charged as much for tolls, parking and ferry rides.

I took in the falls from several angles and enjoyed the views. 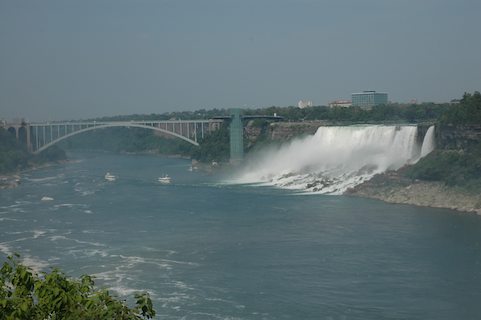 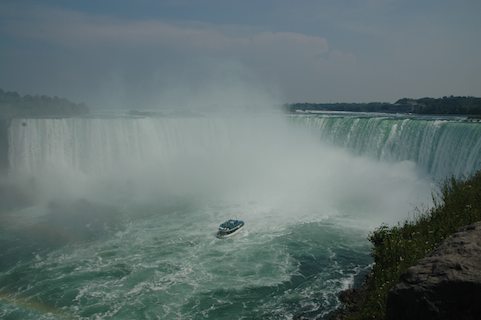 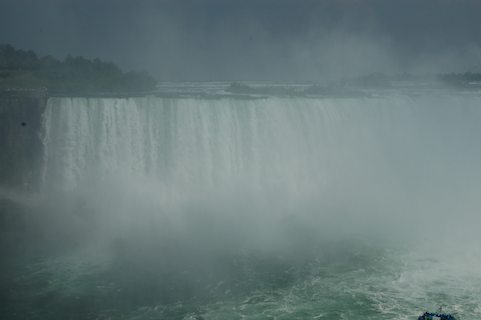 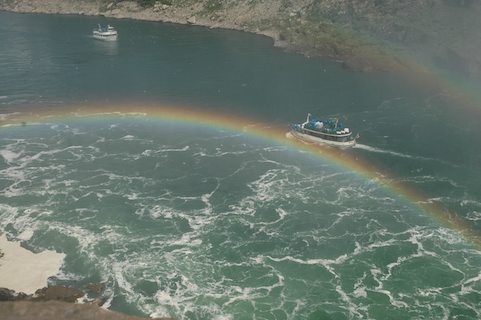 The crowds did get a little much for me so I decided to make my way to a Lake Erie campsite.

I arrived at Selkirk Provincial Park around 5pm. I set up camp and grab some dinner in a near by town. As I was riding back to camp I saw some VERY dark clouds in the distance and they were heading my way.

I rode faster than I probably should have to get back to camp. There I covered up my bike and made sure I had everything I needed off my vehicle for the night in case the rain was going to be around a while. 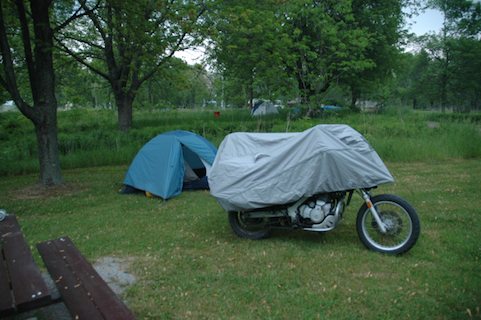 The storm was probably the worse I have been in since I started camping with my bike but my tent held up like a trooper and I didn’t get wet at all. The rain lasted most of the night and slept very well.

The next morning I continued west toward Michigan. 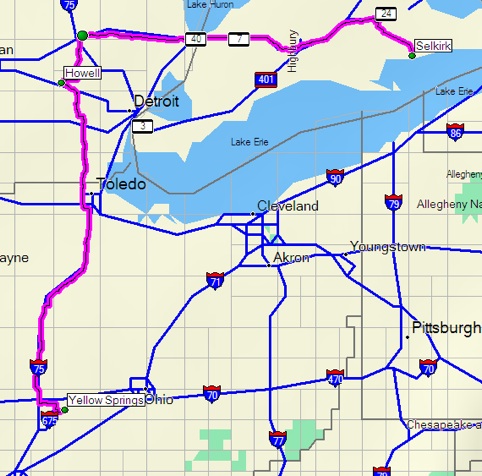 I came across this cute bike stand. 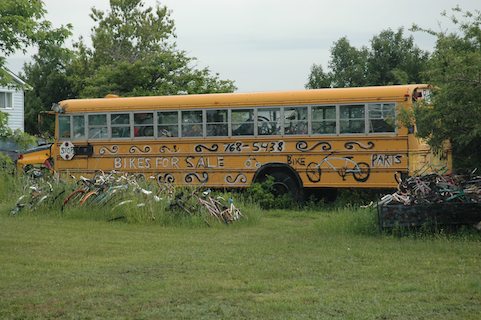 I decided I still liked using a motor over foot pedal so I continued on my way.

In Michigan, I have a friend in the city of Howell who I stayed with for a couple days. After which, I road for another half-day back to Yellow Springs, OH to end this trip.

Another 4000 miles and several states ridden. 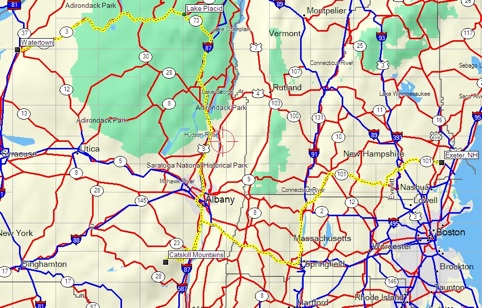 After I left Exeter, NH and Eric’s family, I rode east toward the Catskill Mountains. Traffic was slow and I got caught behind several long lines of cars so I cut my way to “Superslab” (Interstate) to make it to the Catskills.

That night in the Catskills, I stayed the Devil’s Tombstone Campground with only one other camper. I was in spot #4

The camp was beautiful though and I survived the night.

The next morning I looked at possible routes back to Ohio and the direct route looked awefully boring so I decided to head north to Lake Placid, NY in the Adirondack Park. 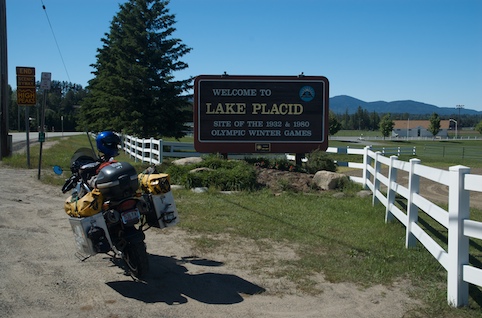 There, I got to see potential Olympic downhill skiers practice their routines. They were not practicing in the snow obviously but in a pool. I able to get quite close to the athletes to get pictures. 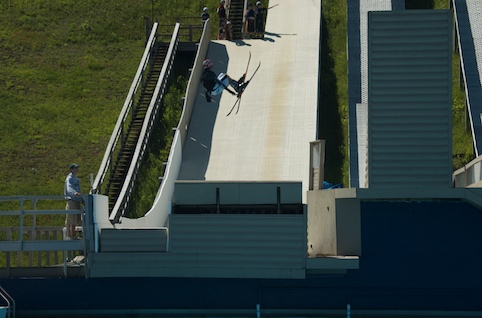 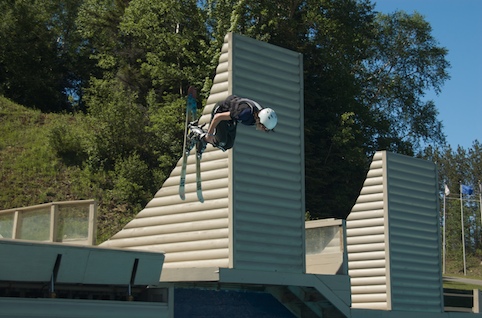 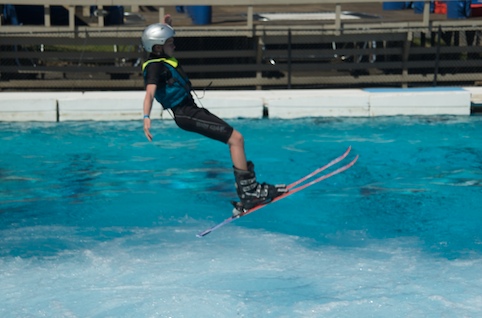 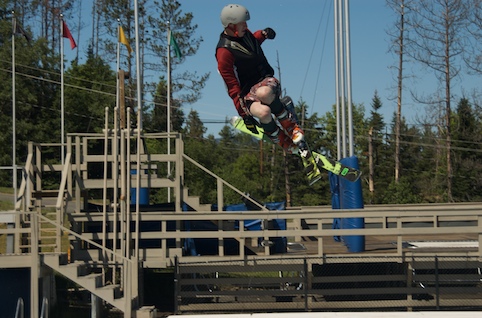 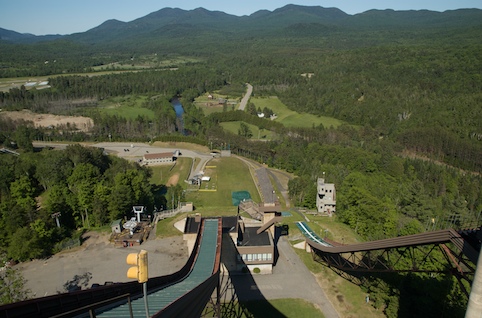 I wandered through the town of Lake Placid and stopped by The Olympic Center but nothing much was going on so I moved on to Watertown, NY where I overnighted. 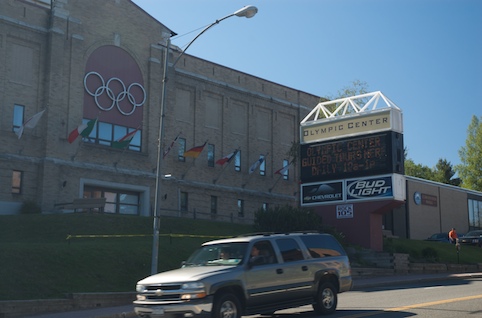 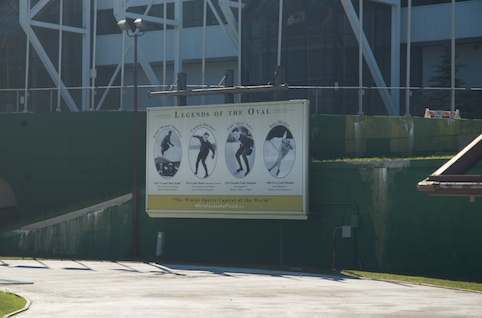 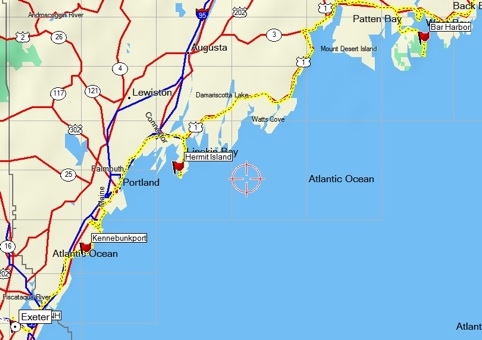 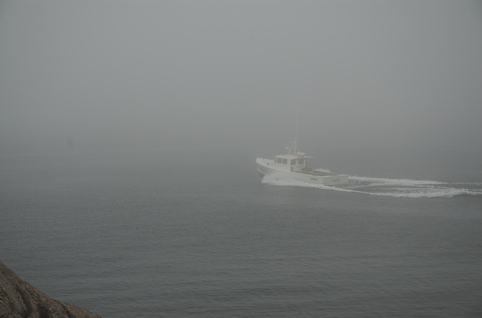 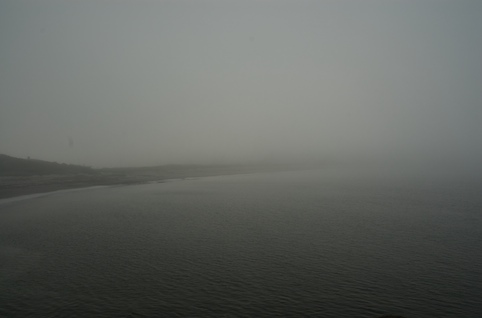 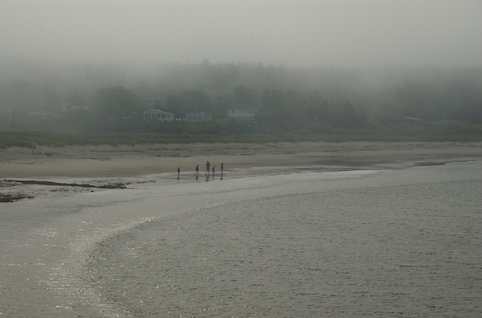 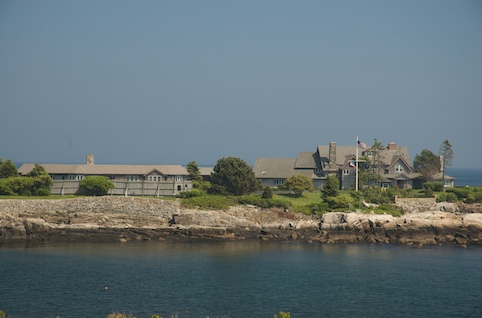 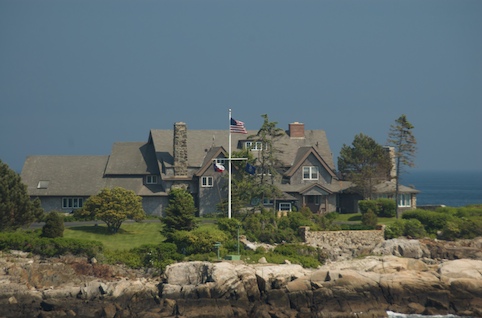 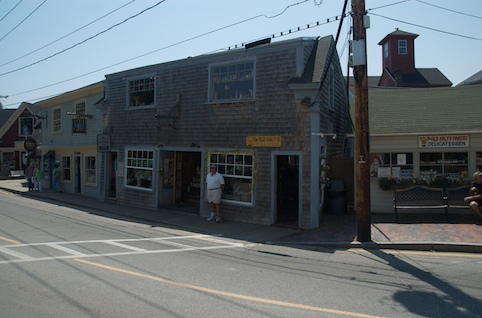 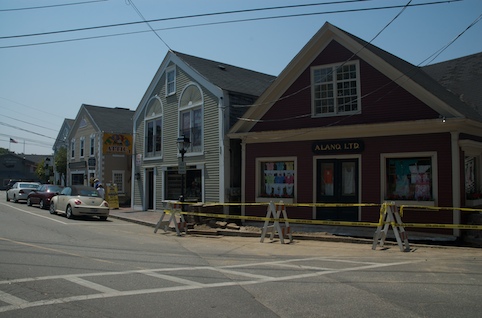 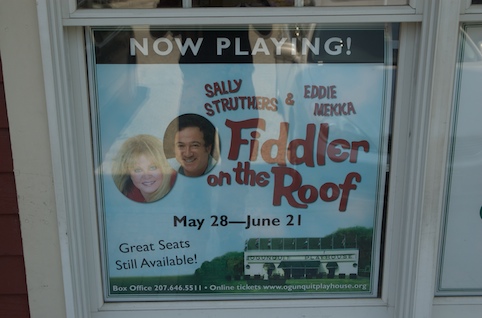 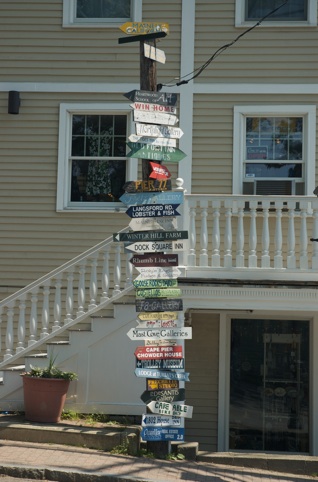