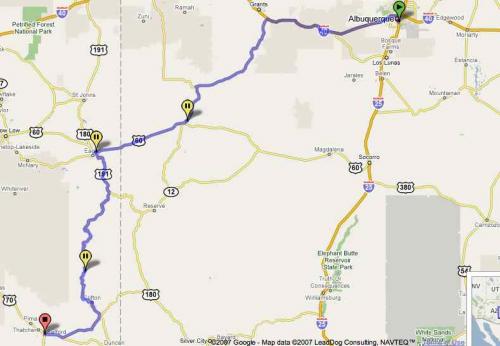 After I left Albuquerque, I headed southwest toward Clifton, AZ. I was told by a friend that the route down RT-191 in Arizona was quite pretty and very twisty and slow. I was not told that a copper mine was enroute. I arrived at night so I couldn’t really see much except several buildings stringing along for about 10 miles. At one point I rode under a conveyor belt that was moving dirt. I saw lots of lights and lots of trucks on the road.

I was going to overnight in Clifton but there was no place to stay so I rode down to Safford, AZ.

When I left Safford, the next morning. I learned cotton was the crop produced in that area. Some of the cotton fields were very stunning with the mountains in the background. 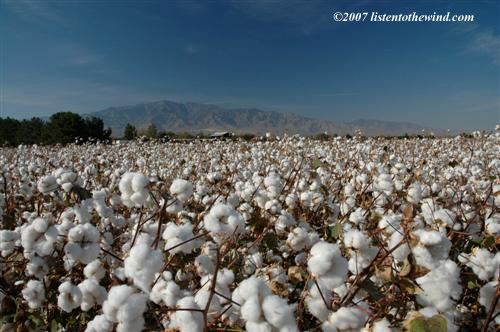 After taking pictures of cotton fields, I headed to Tombstone. 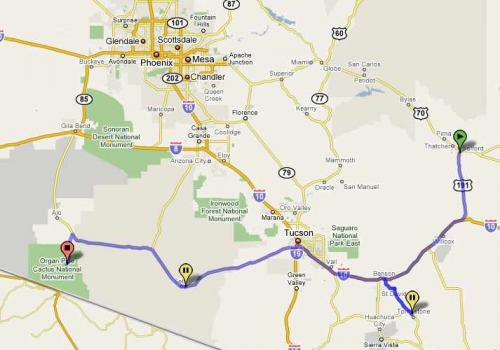 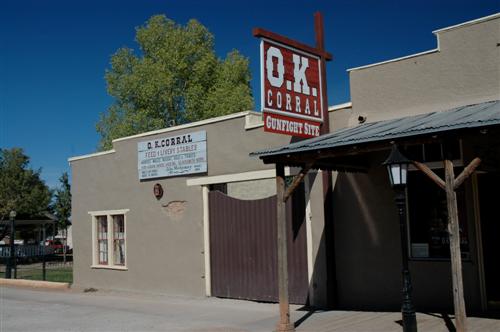 I left my six-shooter at home. 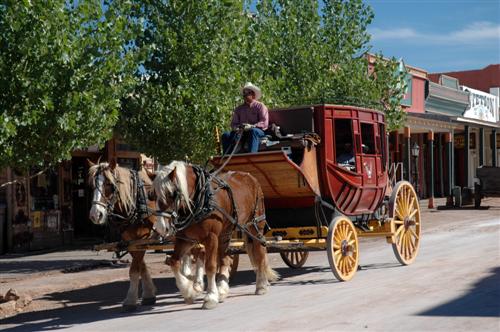 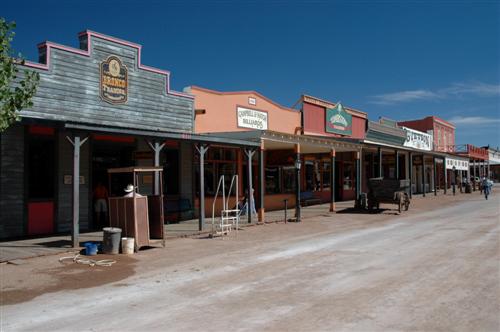 The town was just a slight cheezy for my tastes but it was fun none the less. 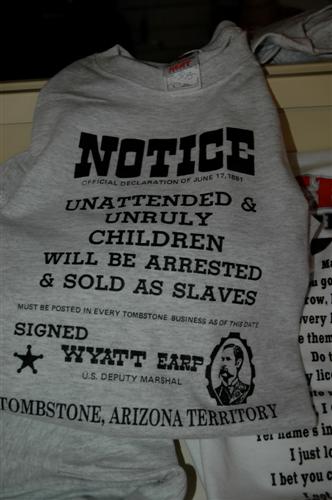 Other singles with no kids probably find this shirt as funny as I do.

After eating lunch in the local “saloon”, I headed west riding toward Tucson. From there I rode southwest to the Organ Pipe Cactus Natl. Park. 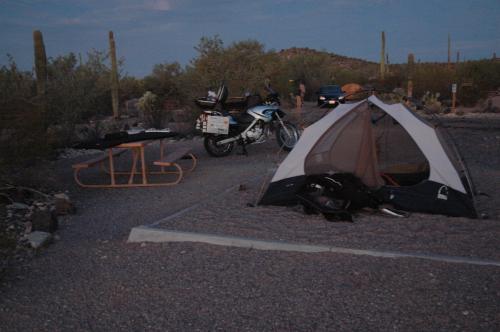 I camped about 10 miles from the Mexican border. I was told that the area is a popular crossing for illegal aliens though I never saw anyone. I did see choppers flying around in the middle of the night. I don’t know if they were looking for illegals or not.

I woke up at 6am the next morning. Earlier than I usually get up. The payoff was worth it to see the sunrise. 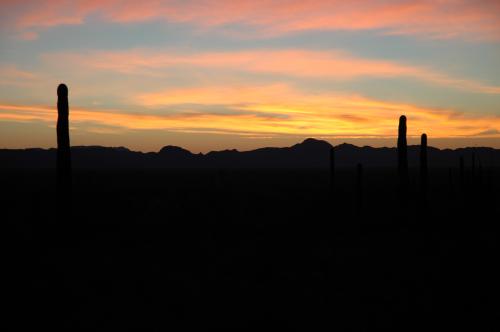 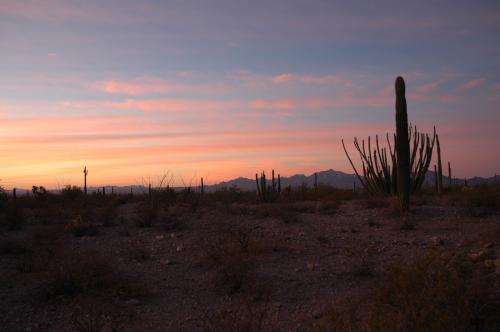 After about 4000 miles of traveling, my motorcycle was due for its 6k check. Luckily I have a friend back in Albuquerque with a garage and a little bit more knowledge than I have on tuning up my motorcycle so I didn’t get myself in any trouble with the work. 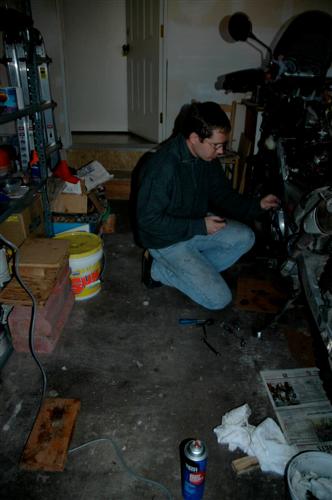 If I have a question about my bike, Alex will be be able to answer it.

I had a very nice visit to ABQ. I did a little hiking and some job hunting back at Satellite Coffee. I was a little sad that I had moved from Albuquerque. The city does have much to offer.