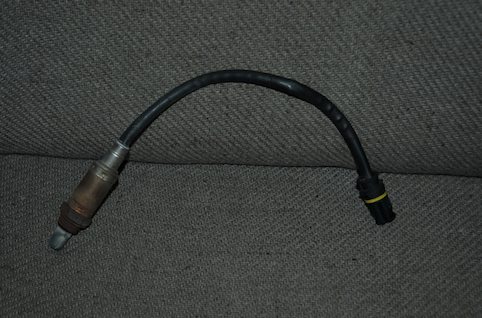 I had my bike hooked up to a computer locally to see if there is anything wrong with my bike. Well, I should have gone and left well enough alone. The computer found two fault codes. The first one was an intermittent short in the coolant temperature dashboard light. The other and possible more expensive problem is an oxygen sensor circuit malfunction. The fault wasn’t present when tested so it could be something as simple as a loose wire or it could mean my oxygen sensor is going bad. The sensor itself costs $225 to replace.

(Update: I found the same sensor made by Bosch on Ebay for $59. I’m breathing easier.)

Luckily if my oxygen sensor bites the dust, I won’t get stranded. My gas mileage will go way down though.

Before I head back east I wanted to make a couple quick stops in Moab and maybe Pikes Peak in Colorado if weather allows. I have a friend locally here that has the same motorcycle as myself so we swapped oxygen sensors on our bikes. I plan to stop by Albuquerque later this week on my way back east so I will test the bike again to see if it is the oxygen sensor or a loose wire. Hopefully it will turn out to be an easy and inexpensive fix.