Yesterday I rode back to Zion Natl. Park from Bryce Canyon. (Photos of Bryce coming soon) Anyway I met two cops in Kane County. This one didn’t ticket me but was nice enough to let me take his picture. 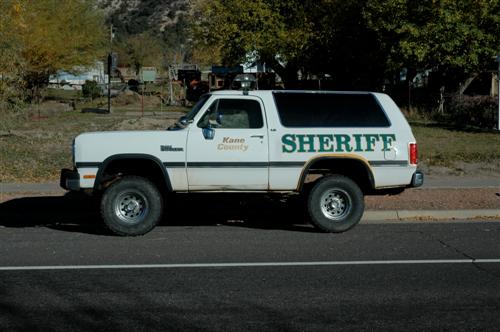 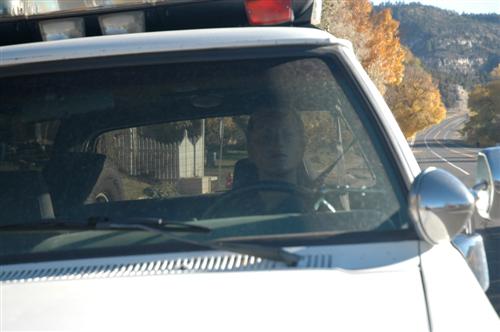 If you didn’t notice.  The cop is a stuffed dummy.

Well I got my tent packed and say bye to JP, but I never left Moab.   I just took too long to get my act ready so I decided to just treat myself and get a cheap motel here in Moab for one more day.

One of the best deals I found was at the Apache Motel where John Wayne once stayed. At least that is what management claimed. I didn’t get the John Wayne room though.

The motel is cheap. (By Moab standards) Rooms are clean. I’ve got Internet and good TV reception so it was a nice pleasant evening. I haven’t  seen “The Duke’s” ghost yet but I am keeping my fingers crossed.

Tomorrow I head out for sure.

I had a spooky moment Saturday while riding and hiking in Arches Natl. Park. A storm was coming. I knew it the system was heading our way for a while. It had been predicted. 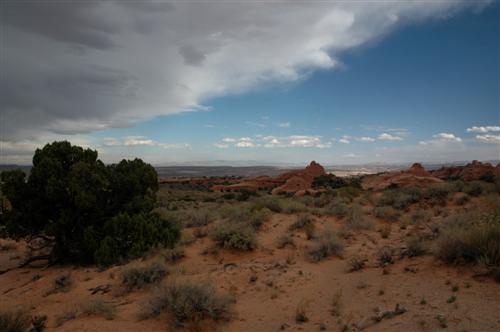 As I headed back out of the park, it got pretty windy and I saw some lightning in the front of the system that was quite near me at that moment.   Being in a park like Arches, with no place for cover, can be pretty spooky on bike with lightning around.

There were some really good opportunities for pictures of the storm but obviously I didn’t want to get caught in the mess.

I did stop once and got some shots. Nothing great but a nice change to the blue sky background that I usually get. 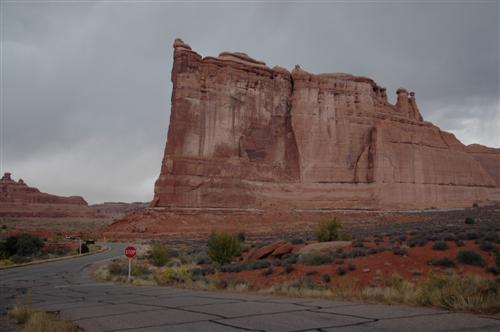 Tonight I am trying to figure out where to go.  I’m thinking of heading back west to Zion again.  Temps are good and there are still some places I want to see.

I was thinking I would head into Texas at some point but frankly I have been told that it would be better to make the most of Utah instead.  That might be the plan until the weather gets too cold.