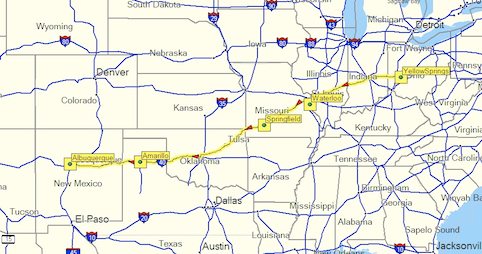 I arrived in Albuquerque from Ohio on Tuesday by motorcycle. My plan is to continue to seek job opportunities out here and visit some friends.

As most of my friends and family know, I can’t give up the chance to visit some of my favorite sights as well as find some new ones by bike.
I hope to ride to Moab and Pikes Peak at least. This weekend I will probably motor around Taos and camp up there.

While in ABQ, I am staying with my German friend Alex. I met him through a bike club I am in. He always welcomes me into his home when I am in the area. He can help me fix pretty much anything on my motorcycle, if I get in a pinch.

On my way to Albuquerque, I visited with my friend Jon Schmalenberger in Waterloo, Illinois. I think I was a bad influence on him. He emailed me the day after I left Waterloo to tell me that he is now going to get his motorcycle license and a bike like mine. The poor boy didn’t even need to test ride my bike.

After Jon’s visit I rode down to Springfield, Missouri and stayed with my sister and her family. The plan was only to stay one day but since it was football Sunday, I decided to stay longer and watch the games. Both my teams, the Miami Dolphins and Cincinnati Bengals lost. I probably should of just hit the road.

Most of the rest of the ride was pretty uneventful. I stopped at the Cadillac Ranch in Amarillo. 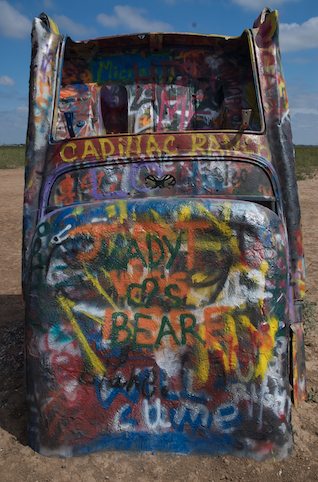 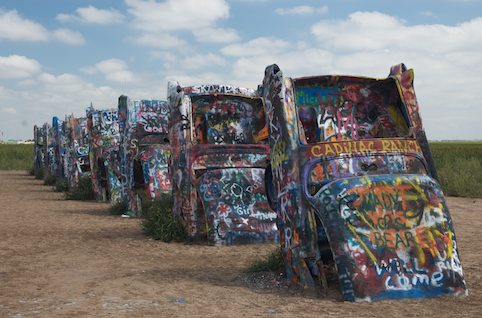 I had some mild excitement about 70 miles east of Albuquerque with the weather. While on the road I could see rain to the right of me and lots of lightning to the left. (Rain I can handle on a bike…Lightning…I’d rather not.)

Luckily I ran the gauntlet successfully between the clouds to only get rained on a little bit. Below is a picture after the fact. I figured if I was five minutes behind, I would of met those thunderheads full force. 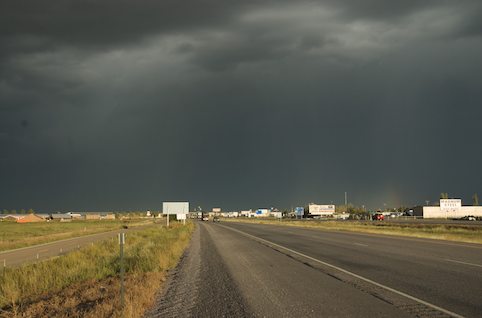 Now that I am back on the road for a couple weeks, look for more frequent updates.