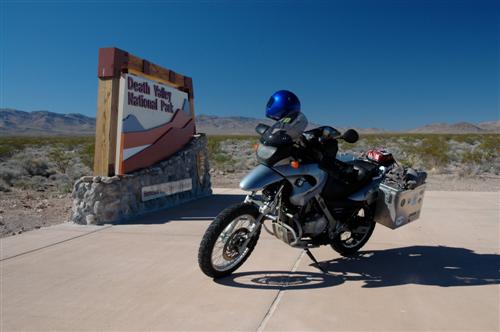 I got to Death Valley fairly late last Monday. It was quite dark out. I took the first campsite I found. It happened to be free. Strangely I checked out the pay sites the next day and my freebie was just as nice. Only difference from the pay sites were that you got a firepit for your $18. Who would want a firepit in Death Valley?

Anyway, below was my view when I woke up from my tent in the morning. Not a bad way to wake up eh? 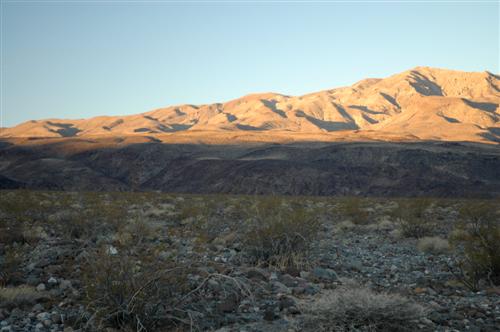 During the first day of my visit, I was going to take a 26 mile one way dirt road to a ghost town and through a canyon but basically I woosed out. The ranger that told me about area said that there would be lots of people there in case I got a flat or stranded. Though heading up that way, I saw very few people. The dirt road was worse than I thought and I had visions of being stranded 12 miles in the middle of no where. I felt it was better that I didn’t go.

The day wasn’t a loss though. I rode down to the southeastern part of the park and the Bad Water Basin salt flats. This happens to be the lowest elevation in United States. 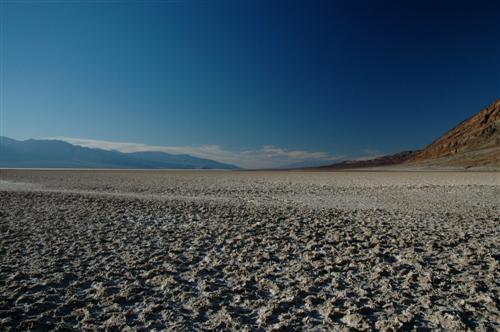 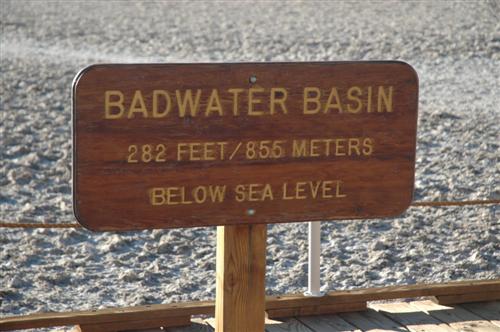 On the way back to camp, I rode the “Artist Drive” loop during sunset. It was a peaceful way to end my day. There were lots of colors to see. 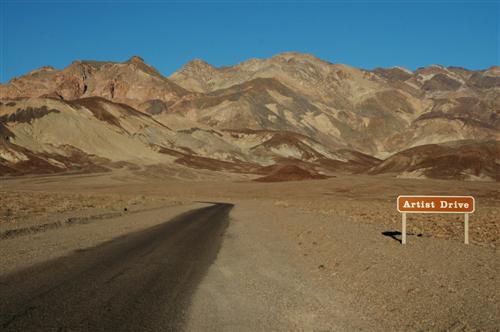 Now believe or not I got up BEFORE sunrise the following morning. I wanted to see the Death Valley Sand Dunes and take some pictures when there was good light. 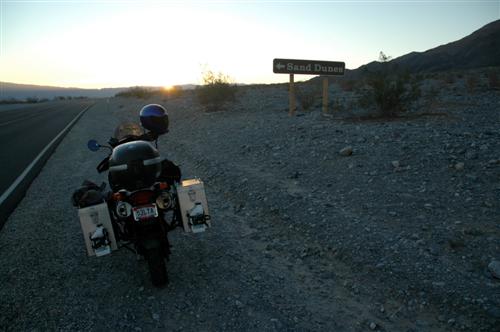 While walking out there, it was like I was in a totally different park. It was wonderful way to wake up in the morning. Yes…I probably wasn’t very awake until I got there. Below are some shots I got. 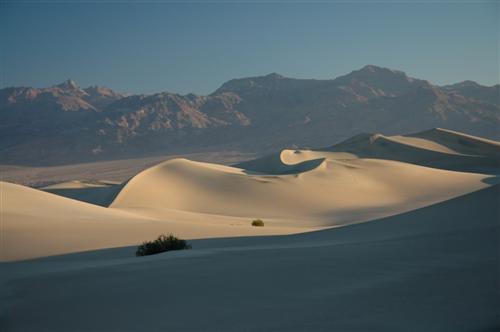 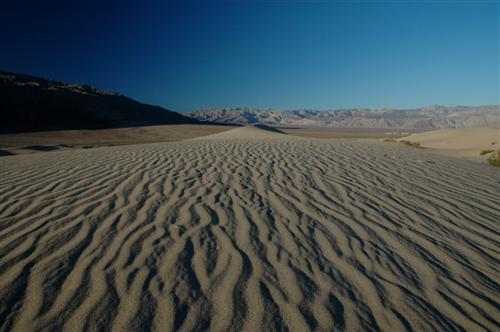 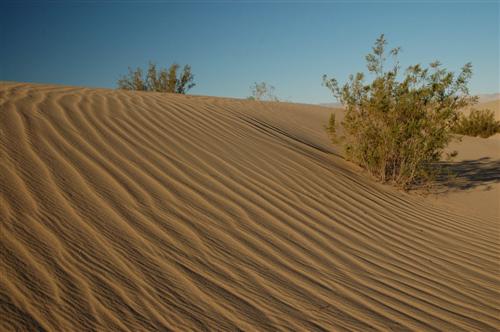 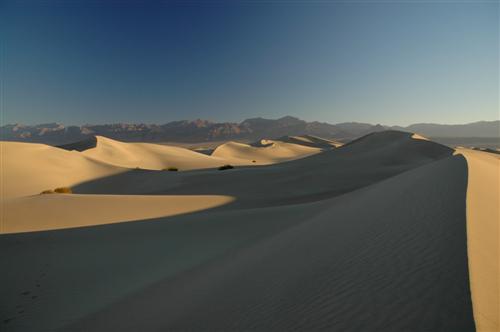 Later that morning I rode up to Ubehebe Crater and man it was windy. So windy that it knock my bike over it’s kickstand breaking a turn signal and part of my windscreen. Ugh. 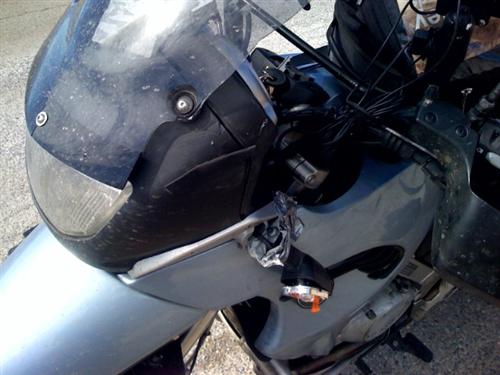 Well here is the pic that is cost me that damage. 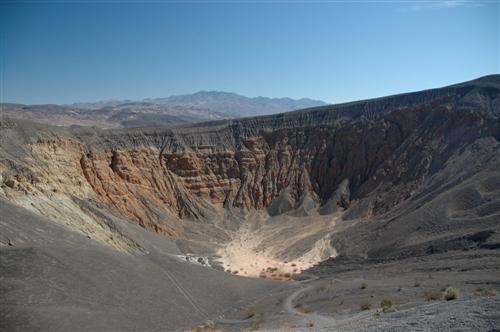 I dealt with alot of wind that day. After the crater I rode out the Death Valley and made it to Boulder City, Nevada. It’s about 20 miles south of Las Vegas. Here is where I am doing some odds and ends. I have a new “refurbished” GPS. My existing one is about dead now. As posted earlier, I had to do some bike tuning up. I have to run to REI and return a flashlight that eats batteries as well as exchange a small lantern flashlight that has a mind if its own. I’m not sure if I am leaving tomorrow or not yet.